North West Vietnam is covered some provinces: Hoa Binh, Son La, Dien Bien Phu, Lai Chau, Lao Cai, Yen Bai. an adventure trip of 6days to explore this area from Hanoi by 4 wheel drive car is a must to do!

the view of a small village in Mai Chau

The traditional dance of Thai (if you will overnight at the White Thai Village in Lac or Poong coong (Mai Chau Valley), you will have a chance to enjoy the show from a local village band.

Far North Vietnam- The North West Loop
There is plenty of stop over en route for visiting local ethnic villages of Thai, H'mong.

A great opportunity for taking pictures or seeing their daily life or talking to them about the culture (they are all very friendly and welcome).

Far North Vietnam- The North West Loop
There is some type of adventure the North- West  loop - Vietnam
Travel with a private van/ car (7-16seats)
Travel with motorbikes
Travel with bicycles (with a support van)
Please contact  our email at: info@vietnampathfinder.com
or call: (084) 913323977 Mr Pham
We will advice you the best travel itinerary, period with our best travel experience of Far North Vietnam

The villagers of Ban Lac, next to Mai Chau, open their thatched roofs stilt houses to travellers for rustic overnight stays, and often perform the dances and songs for which they are reknown during an evening where guests are invited to drink with long straws an alcoholic beverage called Rau Can.

For those who want to take a day off after long tiring journeys, Kim Boi Hot spring is the right place

Pa Khoang Lake is lying in the centre of ranges of mountains, in a place of beautiful natural sceneries. In spring, mist covers ranges of mountains and small houses which creates a mysterious picture. In summer, the weather is quite nice with blows of cool wind. Visitors can enjoy the natural beauty in the distance or row a boat for sight-seeing. All makes a peaceful and romantic picture that is attractive to visitors and tourists.

Dien Bien Phu - The city is best-known for the events which occurred there during the First Indochina War, the Battle of Điện Biên Phủ, during which the region was a breadbasket for the Việt Minh 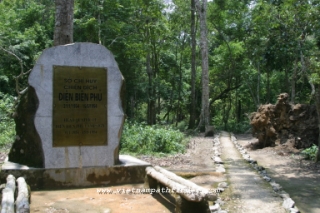 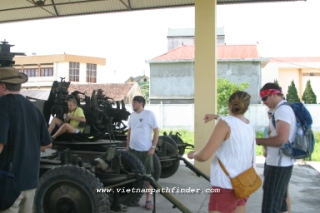 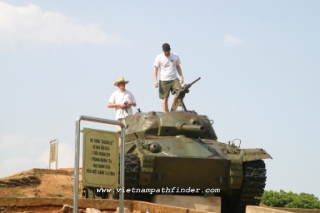 An old French tank on the top of A1 Hill in DBP battle valley. 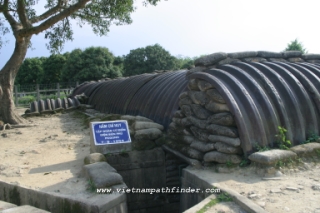 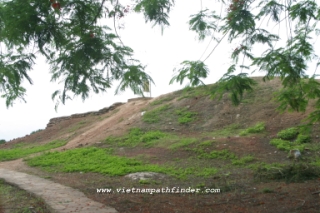 Walk way to the A1 Hill 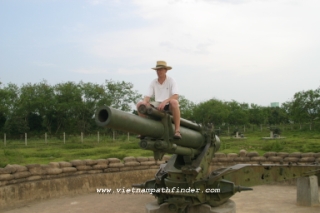 An old French artillery that near the DBP air field, just 200 meter from the French general headquarter

Lao Cai - Sapa, is a frontier town and capital of Sa Pa District in the Lao Cai province in northwest Vietnam. It is one of the main market towns in the area, where several ethnic minority groups such as Hmong, Dao (Yao), Giay, Pho Lu, and Tay live.

Bac Ha is some 100 km from Sapa town and a great place for exploring its weekend market.